Matt Hauptly was born in Washington D.C. and later moved to North Andover, Massachusetts.  Both of his parents attended Catholic Schools from Kindergarten through Graduate School and Matt spent his first two years living at Notre Dame University where his Dad was finishing up law school.

Matt attended St. Lawrence University in Canton, NY where he majored in Literature and History and played football and wrestled.  After graduating from college Matt worked at the Sidwell Friends School in Washington D.C. and the New Hampton School in New Hampton, NH.    After taking a skiing trip to Colorado, Matt moved to Aspen where he spent serval winters enjoying the mountains and managing local restaurants.  Matt then spent seven years as a teacher and coach at Roaring Fork High School in Carbondale, CO before heading to Law School at CU—Boulder.  Matt graduated from law school and worked for a Fortune 50 company but quickly realized that education was his true calling. A fourth–generation Catholic educator, Matt is in his seventh year at Holy Family High School. 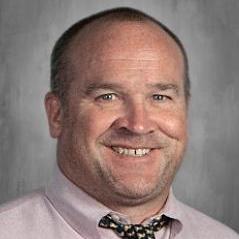